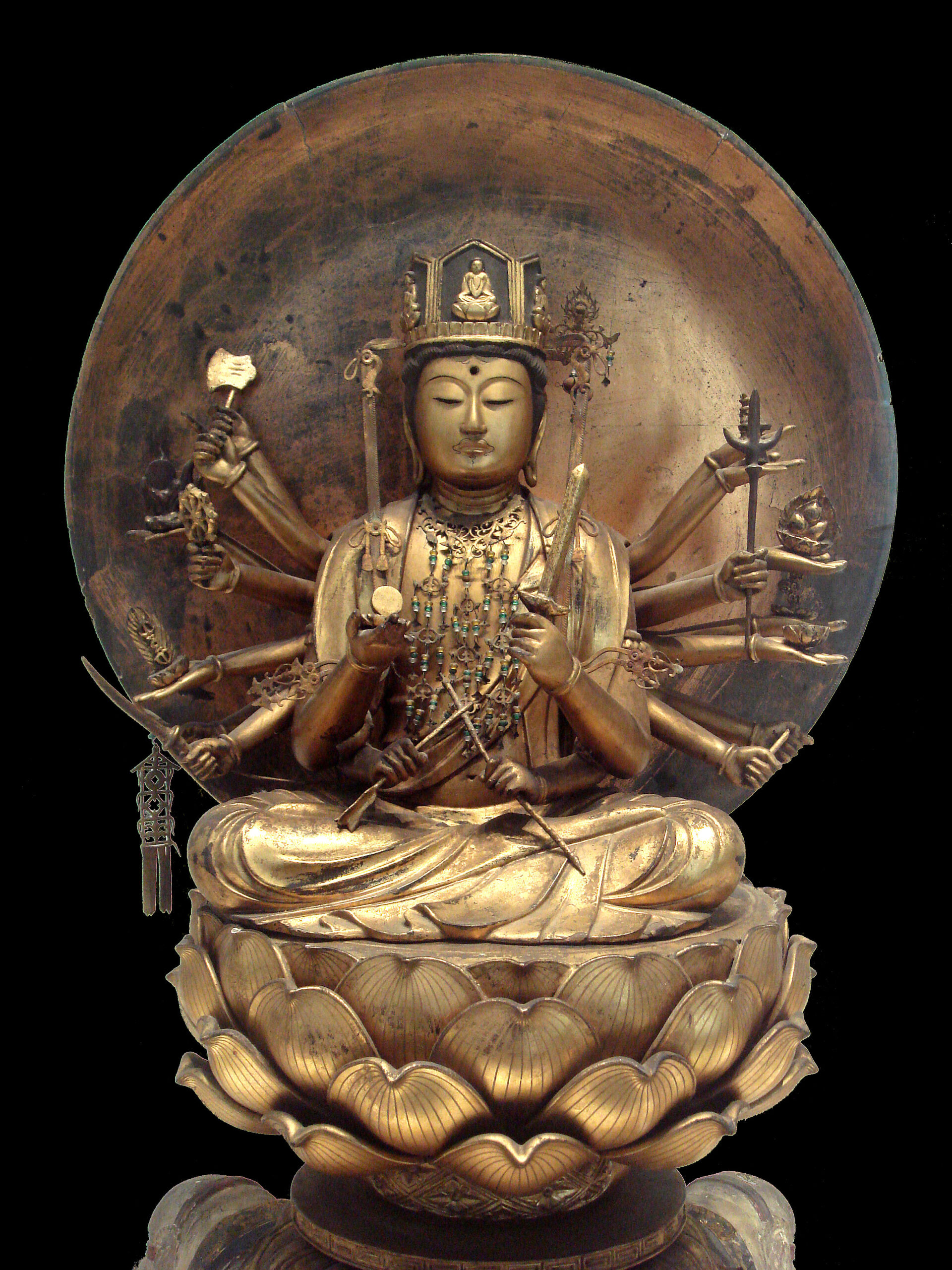 Excerpts from “A Comparative Approach to Śubhakarasiṃha’s(637–735) “Essentials of Meditation”: Meditation and Precepts in Eighth-Century China“

Śubhakarasiṃha (637-735 CE) (traditional Chinese: 善無畏; ; pinyin: Shànwúwèi; Japanese pronunciation: Zenmui; Korean: 선무외; romaja: Seonmuoe; Vietnamese: Thiện Vô Uý) was an eminent IndianBuddhist monk and master of Esoteric Buddhism, who arrived in the Chinese capital Chang’an (now Xi’an) in 716 CE and translated the Mahāvairocana Abhisaṃbodhi Tantra, better known as the Mahāvairocana Sūtra.[1] Four years later another master, Vajrabodhi (670-741 CE), and his pupil Amoghavajra (705-775 CE), would arrive and proceeded to translate other scriptures, thus establishing a second esoteric tradition. Along with these other masters, Śubhakarasiṃha was responsible for bringing Esoteric Buddhism to the height of its popularity in China

Those who wish to enter the Dharma of Great Vehicle must first arouse
the supreme bodhicitta and receive the Bodhisattava precepts. Only after
the body vessel is purified can they receive the Dharma

This short but expressive statement shows clearly that to enter the Dharma of
Great Vehicle or to embark on a bodhisattva path, one must first arouse
bodhicitta, then receive the bodhisattva precepts, and finally purify the container of his or her body.
In the following procedure, after two quick steps of prostration for worship
and visualization of offerings to buddhas and bodhisattvas from the ten directions, repentance is performed. This will be mentioned again later in the
manual. The practitioner is to recite the verse verbatim according to the manual. Here the repentance concerns acts committed in the past. The impure acts
were countless, as well as forgotten, since they occurred long ago. Upon recognizing that in one’s forgotten past, he or she committed wrongdoings toward
other sentient beings, a sincere and honest repentance (falu chanhui 發露懺
悔) becomes necessary. This step is a prerequisite before continuing to pay
homage to the three jewels and to arouse bodhicitta.
Arousal of the bodhicitta entails a vow to save all sentient beings, but at the
same time, such arousal relies on the mercy of other advanced bodhisattvas.
The bodhisattvas will attest one’s sincerity in the performance of repentance;
therefore, the next step is a further inquiry concerning past wrongdoings in the
form of an interrogation. If one committed any of the seven grave misdeeds, an
extended period of repentance from seven to seventy-seven days is required.
It is demanded at this stage that the disciple be honest and regretful about
the misdeeds. Any attempt to conceal the felonies will lead to interminable
hell, but sincere repentance conforming to Buddhist liturgy will relieve one
of any bad karma, enabling the repentant to regain a purified body

At this point in the liturgy, one can finally receive the three clusters of pure
precepts. These precepts are for the benefit of other beings and also rely on the
blessings of buddhas and bodhisattvas; hence the next step is an invitation to
all enlightened beings from ten directions. This step is followed by a proclamation to receive the karman precepts: the real contents of this step are the three
clusters of pure precepts.6 By reciting the passage of receiving these precepts,
one actually takes a vow to benefit other sentient beings. This completes the
reception of the pure precepts, and bodhicitta is aroused.
According to this manual, the practitioner should next perform the four
governing acts and uphold the ten grave precepts. The four governing acts, or
the four methods that bodhisattvas employ to approach and save people (Skt.
catuḥ-saṃgraha-vastu; Ch. sishe fa 四攝法) are “charitable offerings,” “loving
words” (Skt. priyavacana; Ch. aiyu 愛語), “beneficial conduct” (Skt. arthakṛtya;
Ch. lixing 利行), and “working together’” (Skt. samānârthatā; Ch. tongshi
同事).7 These compassionate bodhisattva acts will enhance the cultivation of
bodhicitta.
The eleventh step addresses the ten grave precepts that must be upheld.
This set of ten precepts is as follows:

These ten grave precepts are significantly different from those found in the
Brahmā’s Net Sūtra. These follow the esoteric tradition: one is to be extremely
careful to refrain from discussing the teachings in front of those who have not
aroused bodhicitta and those of different schools of Buddhist or non-Buddhist
traditions.
The ten principal precepts in the Brahmā’s Net Sūtra have a wider currency
than the above set of rules, even though this Sūtra gives only a brief introduction for each of the ten precepts. Thus, in the subsequent East Asian tradition,
Buddhists relied on the major commentators, such as Fazang 法藏 (643–712),
Zhiyi 智顗 (539–598), Mingkuang 明曠 (late eighth century), Seungjang 勝荘
(fl. 699–714), and Daehyeon 大賢 (fl. 752–754) for more detailed explanations.
According to Charles Muller, the explanations given by Daehyeon are considered the most descriptive of the actual content of each precept.8 Daehyeon’s
commentary on the Brahmā’s Net Sūtra, titled Beommanggyeong gojeokgi 梵網
經古迹記 (Exposition of the Sūtra of Brahmā Net), was evaluated by most
Japanese Vinaya masters from the Heian and Kamakura periods as being superior to Zhiyi and Fazang’s commentaries. According to Daehyeon, the ten grave
crimes are the following: