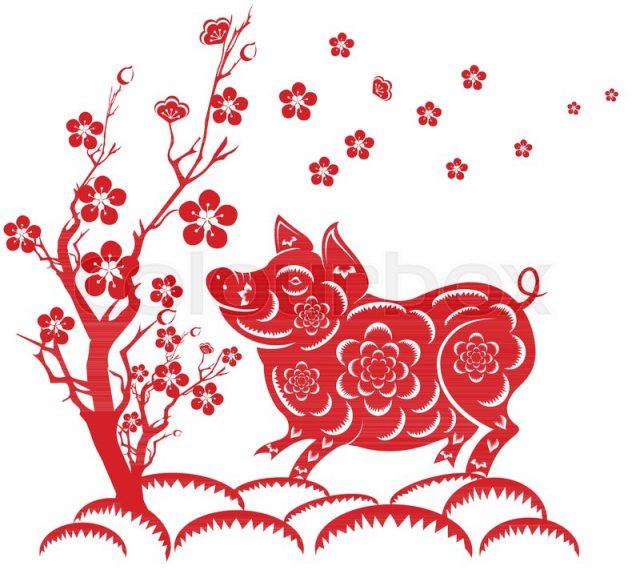 The Pig sign is of the Water element. Generally, the Water element indicates the potential for a powerful communicator and someone who is able to skillfully manipulate people into seeing a particular point of view. Those born under the Water element are observant and very quick to take advantage of opportunities and harness resources to fulfil their aims. They are also versatile and adaptable, embodying the very nature of Water, which is fluidity.

The Metal Pig is passionate and extreme in whatever he does whether in romantic relationships or at work. He tends to be very trusting and gives his all especially in relationships with others. He is very honest in expressing his feelings. However, he often tends to give others more credit than it is due, putting himself at risk of being disappointed.

The Metal Pig sociable, friendly, outspoken and industrious in his work. It is not unusual for him to do more than is required of him, willingly and happily. This Pig is very generous with his time, efforts and care of others. He has great perseverance and the endurance to see a task through to completion no matter how difficult it may be. Quitting when faced with challenges is not his style.

The Metal Pig tends to rely more on his feelings than logic; his judgment can sometimes be far from objective. Ultimately, as he is still a diplomatic Pig, he does not like confrontation and prefers to keep peace with everyone. He will always resort to conciliatory means in his dealings with others.

However, this does not mean the Metal Pig is a push over. When challenged, he can be a very forceful opponent and will fight all the way to prove a point. When provoked, he can be aggressive and fierce, without losing the objectives he has in mind.

The Metal Pig has to learn to be more objective in his dealings with people and try not to let his heart rule his mind. Although it is good to be trusting of others, he must learn to exercise some discretion or risk being taken advantage of and hurt.

The Water Pig is a very sociable person. He loves parties, social gatherings, enjoys having a good time with people and can be quite indulgent. Like the Metal pig, he is also extremely trusting of others. He is great at influencing people to get what he wants but at the same time can be easily influenced by others as well. If he is not careful, people can easily use him or take advantage of him.

The Water element makes him extremely diplomatic and he believes strongly in showing goodwill to everyone he meets. He tends to see the good in others and refuses to believe that people have any evil intent unless proven otherwise. You would do well to have a Water Pig as a friend, who will be your most loyal and stalwart supporter.

Water Pigs are very passionate in all they do. They are also expressive and like to share their feelings – they are real good talkers! He finds it very easy to be transparent and open about himself and does not believe in having any secrets. He makes people feel very comfortable with him as he exudes an energy of openness and has no ulterior motives.

Open as he is though, the Water Pig can also tend to be very indulgent, particularly with material pleasures and will often be found at lavish dinners, drinking expensive wines and bedecked in the finest clothes. He’ll need to keep a tighter rein on his spending or the only assets he’ll have are his branded shoes!

The Wood Pig has a big heart. He is always seeking ways and means to help others and will never say no to a friend in need. He is accommodating to others and very sympathetic to anyone who tells him a sob story. He is particularly passionate and driven when working for others, such as in NGOs or charities.

Socially, the Wood Pig is good-natured and tends to treat everyone as his equal. He is very good at influencing and enrolling people for a certain cause but at the same time can be easily influenced by others.

Practical, down-to-earth and very hardworking, he is always on the lookout for a project to take on. He is very ambitious and concerned with personal gain and is not above manipulating others to get what he wants. However, he is so skilful at this that most people won’t even realize that they have been manipulated by him. In fact, he inspires the confidence of others with his eloquence and passionate personality and they will want to help him.

Like all Pigs, the Wood Pig also loves to entertain and is always the star in parties. He has the ability to create goodwill wherever he goes.

The Wood Pig should take precautions not to be influenced negatively by others. He should be honest with others in wanting to get their help instead of using manipulation as this can backfire and ruin his relationships with others if found out.

The Fire Pig is active, outgoing and extroverted. He is passionate, courageous and very emotionally intense. Extremely determined, he will not sway from what he has set his mind to do. He will see through the completion of the tasks or projects he undertakes. More often than not, the Fire Pig will rise to the top as a powerful and passionate leader, bringing success not just to himself but to everyone who has the fortune to be working under him.

He is daring, has great confidence and loves to take risks despite the consequences. He trusts his intuition and uses it to make judgments where logic seems to fail. He will venture into many unknowns and come out victorious against many odds. The Fire Pig will never be complacent, always quick to pounce on opportunities before someone else beats them to it.

The Fire Pig is also a family person and dotes on his loved ones. He is motivated by his love for his family to work hard so that he can provide for them lavishly. He is giving and generous to all, always ready to help anyone even strangers. He loves taking care of people and being with them.

However, the emotional Fire Pig has a tendency to be harsh and difficult if things don’t go his way or when he is down. He does not take disappointment and failure too well. As driven and energetic as he is when set on a mission, he can also swing to the other extreme of deep depression and frustration when things don’t go his way.

The Fire Pig must learn to understand that success as well as failure is part and parcel of life. He must realise that life is such that things are not always smooth and problems are inevitable. Instead of being dragged down by problems and disappointments, he should learn to look at it as life’s lessons and learn from them.

The Earth Pig is easy going and relaxed by nature. He is homely and is happiest when at home with his family. He is a great planner and never carries out a task without a plan at hand. He is organised, pragmatic and would be a better follower than a leader. Peace loving, he tries his best to maintain harmony wherever he goes. He is a thoughtful and helpful friend to all including strangers.

Earth Pigs are steadfast and have great perseverance. He is able to work under pressure and endure great stress to accomplish his tasks. He is not the type that would quit on anything half way and would make it a point to finish whatever he has started no matter what challenges he faces and what difficulties he encounters. His determination to fulfill his responsibility at all cost motivates the people around him.

He is not overly ambitious and will easily attain the security and material success he wants based on his diligence. Like all Pigs, he does have his indulgent nature and loves comfort, luxury and delicious food.

The Earth Pig is the most moderate of all pigs. He does not have many vices except that he can be too indulgent with himself. He will be fine as long as he takes care not to overdo it and put himself in financial or health problems.